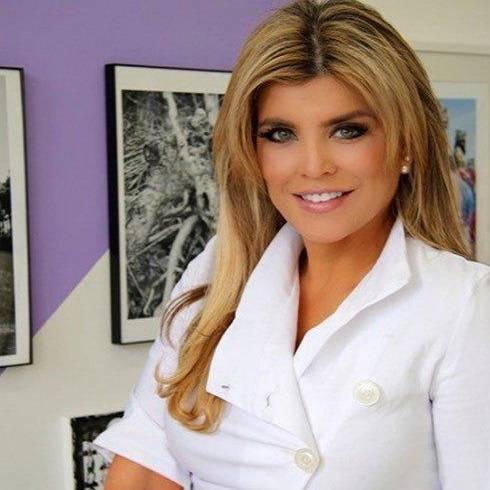 "I'm very excited to work with HairMax as their Brand Ambassador. HairMax is a brand I've grown to believe in and trust. As someone in the public eye, my hair always needs to look its best. I've mistreated it over the years with color, extensions and more heat styling than I care to remember. My hair started thinning not just from over treatment but just plain old aging. Who knew hair aged too? For many of us, our self confidence is tied in some way to our appearance, and our hair is a huge part of that. That is how I came across Hair Max. I love their message to both women and men, that there IS something you can do to reverse thinning hair and keep it looking its very best."

Ana Quincoces, a lawyer-turned-chef – TV personality, now adds Brand Ambassador to her credentials. Known for her no-nonsense and unpretentious attitude, she starred on seasons two and three of the hit Bravo series, The Real Housewives of Miami, where cameras followed the fan-favorite Cuban dynamo through her daily life as a partner at her law firm, mother of two daughters, celebrity chef and author. A native of Miami and a certified “foodie”, she has authored three cookbooks. Her cooking skills earned her a slot as a contestant on the 12th season of Food Network’s smash hit, “Food Network Star”, where she competed against 11 other contestants for the ultimate goal of their own show. Ana has appeared as a co-host on the popular television show The View, and has been featured demonstrating her cooking skills on popular TV show, The Chew. She also has had appearances on The Today Show and CNN Espanol. Ana splits her time between Miami and New York City and enjoys spending time with her daughters, participating in speaking engagements and now, working with HairMax as a Brand Ambassador. Ana demos her Cuban recipes on The Chew With the Real Housewives of Miami on the Today Show Speaking on her love for cooking on CNN Espanol

Ana demos her Cuban recipes on The Chew

With the Real Housewives of Miami on the Today Show

Speaking on her love for cooking on CNN Espanol
YOUR ORDER
Removed from the cart Undo?
Free U.S. Shipping
On all laser devices.

Proceed to checkout
Product added to cart successfully!
Oops! Something went wrong!
Theme is compatible with any free chat